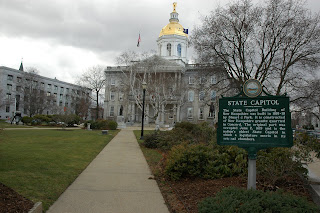 Earlier this week, Renny Cushing was sworn in as a member of the House of Representatives of the 161st New Hampshire legislature. Renny, as many blog readers may know, served two terms in the New Hampshire legislature in the 1990s, during which he sponsored innovative victims' rights legislation and a measure that would have abolished the state's death penalty. Now, after an intervening decade of continued work for victims and against the death penalty, Renny is excited about returning to the legislature while also continuing to serve as Executive Director of MVFHR. We'll post further news as it comes.
at 7:39 AM