Photos from "Victims, We Care" tour

The MVFHR delegation returned from Asia last week, and I continue to get reports about what a powerful effect they had there, reaching many people who had never before heard the message of victim opposition to the death penalty.

Here are a couple of photos sent by Aba Gayle. Below, MVFHR members Aba Gayle, Robert Meeropol, Renny Cushing, and speaking tour organizer Toshi Kazama with the volunteers who arranged the press conference in Taipei: 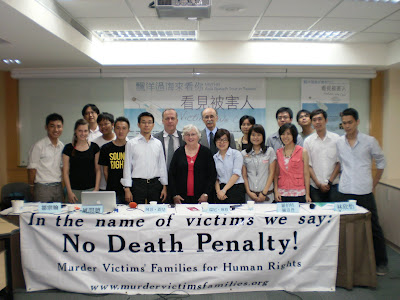 And here's the group after a meeting with the Minister of Justice, where they spoke about the need for policies that recognize that victims' family members have a diversity of views on the death penalty. 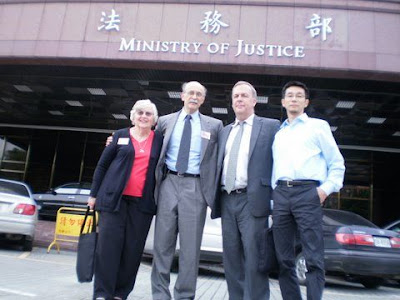 While in Taiwan, Province of China, the group also spoke to university audiences and met with victims' advocates and members of the legal aid society.
at 8:10 AM